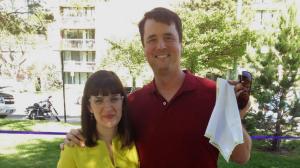 To anyone keeping abreast of Mormon issues, John Dehlin’s excommunication wasn’t a surprise.  John is someone who actively questions LDS faith and culture (including hot-button issues like the priesthood ordination of women and same-sex marriage).  However, in doing so he has helped provide a voice for many individuals who feel disenfranchised and disenchanted within the Mormon church. I don’t know if his excommunication was the “right” decision; in the end, I think that question is irrelevant. John’s leaders had the option to excommunicate him and they did so.  In the end, if an ecclesiastical leader wants a vocal member to be excommunicated, they can almost always find grounds to do so.

There is no doubt the popularity of his controversial Mormon Stories podcast made Church leaders uncomfortable.  In the end, it is because John found a large and sympathetic audience for these controversial views that Church leaders decided to charge him with “[leading] others away from the Church,” and thereby excommunicate him. Interestingly, the February 9 letter detailing John’s excommunication did not list (as grounds for the action) John’s support for same-sex marriage and women’s ordination; but John has alleged these were the impetus for his disciplinary proceedings.

[Here is a link to John Dehlin’s publication of his excommunication letter and transcript of his penultimate disciplinary council.  The Church’s response is here also.]

I don’t like this recent round of excommunications.  Even if Kate Kelly and John Dehlin were misguided, their goal wasn’t to lead people astray from the Mormon church.  Just the opposite.  They were trying to make the Church a more welcoming place for its members—all of its members.  The gays.  The feminists.  The non-apologist historians.  The people struggling with addiction and depression and so many other issues.   In truth, the typical LDS member is no longer the Republican, white, heterosexual prototype (from a nuclear family) that I pictured growing up; and we don’t always fall in line when a Church leader answers a question with “because I said so”.  A substantial portion of the Church membership is now forcefully telling the Church it wants change; and they are motivated, well-read and tech-savvy individuals who can easily spread their ideas/beliefs/knowledge to the public.  Will the Church listen to these groups and allow open discussion of its beliefs and practices?  Or will its refuse to examine the correctness of its policies, procedures and doctrinal beliefs, or allow its members to do likewise?

The Church has never been the forerunner of change.  It generally follows cultural trends; it does not create them. However, Elder Cristofferson (an Apostle) recently stated that members may speak out about opposing beliefs and even support groups like Ordain Women.  They would only be disciplined if “someone is out attacking the church and its leaders.  If that’s a deliberate and persistent effort and trying to get others to follow…trying to pull people, if you will, out of the church or away from its teachings and doctrines.”

Elder Cristofferson’s statement is a small concession towards freer speech and discussion among the members; but its a concession nonetheless.  And let’s not forget, that two Apostles even agreed to speak on Trib Talk and take questions from its audience is already a huge step for these men, who traditionally communicate with the public in a much more scripted, controlled manner (like General Conference).

Time will only tell if the Church will continue to silence dissenting voices, like John Dehlin, or move towards a more conciliatory approach.  I take comfort in knowing that, for every John Dehlin, there are probably a hundred others who are not excommunicated for their public discussions. And that number is growing every day. 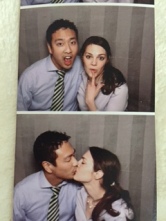 I’m a little different than the average Mormon girl. I’ve often voiced my opinion that women should have equal rights and standing in the Church with the men.  This attitude may have put off a beau or two over the years. Fortunately, I married a man who not only appreciates my egalitarian views, he embraces them.

Jang was the only Asian I ever dated in college.  With a student population that is roughly 84% Caucasian, it was practically a given that I’d mostly date white men at BYU.  Then I met Jang. He asked me out, I said yes, and the rest is….well…history.

When you’re dating, you tend to hide the crazy a little bit.  I don’t think Jang quite grasped the depth of my “feminist” leanings until after we were married. It wasn’t long into our marriage, however, before we were having deep discussions about my dissatisfaction with women’s role in the Mormon Church. At that point, I discovered something amazing; he not only appreciated my feelings, he understood them.  Like, really understood them.

Being a racial minority, Jang knows all too well how it feels to be marginalized.  Over the years, he’s explained to me what it felt like to be an Asian kid in the Bronx; the insults, the threats, the constant feeling of being different. He talks animatedly about Jeremy Lin, Ichiro, Wu Tang Clan and Daniel Dae Kim, all for the same reason—they each brought Asians (or Asian culture) into the public eye. America’s acceptance of these groups or people as “cool” made my husband, by extension, feel validated by the mainstream.  Because Asians don’t have a strong presence in any mainstream media.  Their voices aren’t heard.

Jang often tells me how, growing up, he’d search for faces like his on favorite shows, in his favorite sports teams or in the movies.  He never found them.  He’s still looking for them. He understands what it’s like to feel unrepresented by institutions you hold dear.  To not only feel that you’re not being listened to, but also to wonder if the institution even knows you have a voice at all.

So, yeah, he gets it.  He understands my fruitless childhood search for a strong female presence in LDS magazines, in General Conference, in the leadership or even at the pulpit on Sundays.  He comprehends how hard it is to feel like the odd (wo-)man out, to feel that your opinions and feelings aren’t understood or being represented by the people in power. So when I tell him my frustrations with Church culture, and he says he understands how I feel, I believe him.

Growing up, Church culture made me feel like my dissatisfaction was sinful. But American culture has made Jang feel like his dissatisfaction isn’t important.  Both messages are wrong; they’re so…wrong.  We’ve each chosen to reject these untruths.  It’s a process we’ve gone through together, and the experience has made us closer.  It’s odd, but working through my complex feelings towards the Church has helped me understand my husband, and his complex racial identity, better. The main difference now between our experiences is recognition of the problem; while the Mormon church is now debating its treatment of women, the mainstream culture still doesn’t seem to believe racism towards Asians exists.

I often think, what if I’d married in the other 84%?  Would a white man understand my feelings as well and Jang?  Maybe. But it may have been difficult for that man to truly empathize with my situation.  That’s why I so admire the men, and especially white men, who do speak out against gender inequality in the Church and elsewhere.  Because it’s one thing to recognize a wrong exists; but it’s an entirely different thing to have felt that same wrong in your own life.  Experiencing discrimination, and then seeing it inflicted on someone else, gives you feelings that are hard to describe—but they’re strong, and compelling, and having that shared experience binds you to that other person.

Every time I speak with Jang, I’m impressed by the richness of his life experiences.  I hope he’ll share them with you sometime; I’m so glad he’s shared them with me.  He’s been a listening ear and a sympathetic voice during all my struggles.  He’s my rock.